Multi-faceted Colin Hanlon being the 'Cynthia Nixon' of today!

This is a great Interview from Broadway World of my college mate and friend Colin Hanlon doing double duty during the holidays with 2 Broadway shows.

Colin has had a great career being on Broadway, Off-Broadway, Broadway tours and also known from starring in and creating 'Submissions Only' & guest starring on the hit TV show Modern Family.

It has been quite the whirlwind for the multi-faceted Colin Hanlon who spent this past holiday season taking on double-duty in two Broadway productions - In Transit and Falsettos. Hanlon played a large part in developing the role of Steven in the a cappella musical and is currently stepping in for Telly Leung who will return at the end of January.

BroadwayWorld had the chance to catch up with Hanlon about taking on double-duty with these two shows; learning to be two different people; and his gratitude for this unique journey.

What was it like being part of two productions?

It was a journey I didn't realize I would be taking! It has been very gratifying and extremely exhausting (laughs)! Funny enough, for about 3 years, I helped developed the role of Steven in In Transit. I did all of the workshops for it, and then directors ended up changing over and only a few of the original cast have remained. I had a little bit of an advantage going in because I had done it before, but when I started rehearsals, I realized only about 50% of what I sang before was the same. It was sort of re-learning it from the beginning and learning to adjust to the new version.

Can you describe the process of training for two separate roles simultaneously?

It was an interesting time to join the show because it was around the holidays and we had basically the same schedule [as Falsettos] did and I really was only able to watch the show [In Transit] about twice before having to go on, which is definitely not a normal thing! Usually, you rehearse during the day and always watch the show at night, so you that you are really familiar with everything. I'd be rehearsing in the morning and then running over to Falsettos at night, in case I had to go on for Christian Borle and Andrew Rannells, because I was their stand-by. If I didn't go on in Falsettos, I'd be in my dressing room, learning In Transit! I had to learn a lot on my own, and also relied on an archival video that I was sent to learn the blocking and choreography through the video!

(Laughs!) It's also a real testament to the state of technology today -- that would never have existed ten years ago.

How did you find a balance for yourself in such a hectic time?

Everyone at Falsettos was so supportive, so that made it easier! It's kind of like wearing two different hats, because you couldn't find two musicals more different than these two. I had to become a different person when walking into each theater. I feel very lucky to be an actor who was trusted with both of these roles.

It's a good thing that the two theaters are close to each other!

My friends kept teasing me that I was the Cynthia Nixon of Broadway. She was known for doing one act of a show and then running over to do the second act of something else! Elaine Stritch also did it!

In Transit is so relatable to what all young adults go through in their lives - especially with experiences in love, career, and finding their place. What lessons can we take away from In Transit?

In Transit is a really a sweet, fun show and very much an ensemble piece where everyone has a moment to shine in it. The stories are very simple and relatable. There's a struggling actress, two gay men who want to get married but are fighting to gain acceptance from one of their families, another girl trying to let go of a relationship - it's everyday stories. People can come and be totally entertained and moved by this production. One of my favorite discoveries about the show is when you sit back and look at it and realize that every sound coming from the stage is created by a human voice. Each character is telling their stories in an unconventional way - that's the magic because it sounds like a full orchestra at certain moments.

It sounds like your plate is really full at the moment, but is there a certain type of work you'd love to be involved with in the future?

My web series, 'Submissions Only' has been my baby! It has been so much fun producing this series, written by Kate Wetherhead and Andrew Keenan-Bolger. A lot of college students and members of the theater community have watched it and been very supportive - - so that has been really cool! My recurring part on Modern Familyhas also been the love of my life. I've been very lucky to have made a career of developing new plays and musicals - I'm extremely grateful for it all! 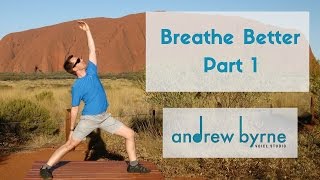